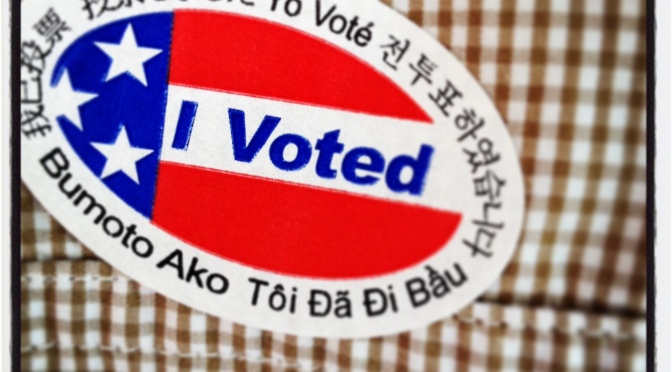 I was just reading an article about the Plastic Bag initiative that recently qualified for the 2016 election. My interest is more than passing, as securing a state-wide ban was a major success while I was at Heal the Bay. It had taken years of work, resulting in a political compromise that was signed into law by Governor Brown last year.

Now it’s on hold after the plastic bag manufacturers put up $3 million – 98% from out-of-state money – to collect the signatures to put it to a vote of the electorate.  The crazy part is that by simply qualifying the initiative the ban is now on hold. By some estimate, every additional year they can sell single-use plastic bags in California generates another $15 million in profit to the manufactures. In other words, for a payment of $3 million they will earn a five-fold return each year. I wish I could get that type of return on my savings account! In fact, the industry will have won handsomely even if they lose in 2016.

I’m not going to rehash the merits of banning plastic bags — that story has been told. And in fact, about half of all Californians live in municipalities that have already banned bags.  But it does again raise the whole question of the initiative process. To me what is most egregious is the misleading way that signatures were gathered. I know because I was asked for mine outside a local Trader Joe. Inside the store the vast majority of people were bringing their re-usable bags, while outside they were being asked whether they could “spare a minute to save jobs.”  I bet most people didn’t know what they were signing or that the person collecting signatures was likely being paid a dollar or more per signature gathered. Or that the jobs issue had been dealt with in the bill that was signed in to law and that it would create new green jobs in California.

There’s a lot of debate at the moment about money in politics as almost limitless amounts slosh around. Much as there’s a desperate need for transparency at the top, I feel it’s past time for transparency in the initiative process. By all means go and collect your signatures. Just make it clear at the point of signing who is behind the initiative and how much the signature gatherer is being paid for you to sign.

A more radical idea is to accept the concept that you can put almost anything on the ballot if you have enough money to spend (or invest as this case shows). As an alternative to the signature gathering process, let’s just have a limited number of slots on each ballot and sell them to the highest bidder. The funds collected could then go to fund voter education programs. Perhaps over time an educated electorate who turned out to vote would slow this craziness.

I came back to my desk on Wednesday to a pink Post-It note letting me know that state Sen. Kevin de León’s office had called. The note was simple: Please call back. It was “quite pressing.”  His staff wanted to invite Heal the Bay to speak at a press conference on Friday announcing that state legislative leaders had finally come together and forged a compromise on a new bill that would ban single-use plastic bags across the state.

After seven long years and several Heal the Bay campaigns, it appears that the end is in sight for single-use plastic grocery bags across the state. While SB 270 still needs to make its way through both houses and off the Governor’s desk, we are optimistic — now that  two of the Senate’s heaviest hitters are behind it. (Assemblymember Ricardo Lara also joined the conference, helping solidify the bloc of local Democrats who historically have had concerns with elements of past bag-ban proposals.)

If SB 270 moves forward, California will become the first state in the nation to pass a comprehensive ban on single-use plastic bags.

Yes, people will criticize it from both sides – as either going too far, or not far enough. But this afternoon at the press conference at a manufacturing plant in Vernon it was heartening to see voices from labor, manufacturers, community groups and the environment come together. Everyone can rally around a solution that shows that California continues to lead on issues that are good for the environment and business.

We started this campaign with our colleagues in the environmental community seven years ago. This issue would not even be on the radar screen of the Legislature were it not for the voices of our supporters and other concerned groups around the state.

Today, bag bans cover 90 municipalities in California, creating a regulatory hodgepodge and a patchwork of environmental protections. When the state acts comprehensively, we’ll have taken a big step forward that can serve as inspiration for the rest of the nation. We will help tackle the scourge of marine pollution and urban blight, and show that being green can also support our economy. Thank you!

History might even show that the plastic bag was a temporary aberration of the late 20th century — perhaps the ultimate symbol of a wasteful time.

By some estimates a trillion of these light but strong bags are produced each and every year. It’s easy to think of them having a short life: from the check-out to your kitchen counter. But for many, there life does not end there. They end up in landfill where they last an eternity. Or worse still, in our waterways where they choke fish on their way to the ocean where they slowly break down in to smaller and smaller parts and make their way out to massive churning mid ocean gyres of polluted water. Pretty nasty stuff, especially if you care about our oceans.

I was curious about the history of these bags. I really can’t remember a time without them. But as with many things it turns out there are a temporary invention — and a Swedish one at that. An ingenious Swede invented the process for making a cheap, light strong and disposable plastic bag in the 1960s. They made their way to the States in the 1970s, finally achieving wide-spread use when they were adopted by Krogers and then Safeway in the 1980s.

I for one won’t miss them. It’s one less question at the check-out stand (paper or plastic….) and even though I now have to buy bags to put my trash in, its a small price to pay.

It also has me wondering what’s next? I remember when milk was delivered to my door in glass bottles on the back of an electric milk-float, the empties collected by the dairy the next morning. Sounds futuristic, but it was actually Britain in the 1970s! It’s time to get back to some of that. Good for the environment and convenient too!